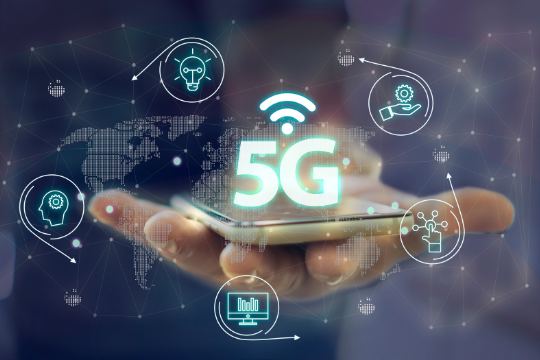 There’s been a lot of talk about the benefits of 5G and how it will change the world as we know it. We know that it’s fast and efficient, but how is it different? Can it help our environment?

Let’s start off with the basics here. “5G” in this case stands for fifth-generation wireless technology and broadband cellular networks.

As the latest evolution of wireless mobile communications technology, 5G follows in the footsteps of 4G LTE. Just as Steve Jobs reinvigorated Apple via a series of iconic product launches that began with the iPhone, Federal Communications Commission Chairman Tom Wheeler is attempting to define his legacy at the commission via spectrum auctions, data privacy rules, and now 5G.

It’s a new mobile wireless standard that’ll be used to connect all our devices, including wearables and phones. It will use frequencies above 6GHz (the 4G LTE network mostly uses under 6 GHz frequencies), it’s expected to provide connection speeds 10-100 times faster than current legacies, it should reduce latency or the amount of time needed for a connection to be established, and IoT (internet of things) is expected to boom.

How 5G is Different from 4G LTE

The LTE (or long-term-evolution) network is the current 4G wireless technology that we have today, and it’s what has been driving our World Wide Web for the past couple of years or so. The difference between 4G and 5G? Well, it’s not just a matter of speed — although that will play a large role in the differences. Instead, 5G is more of an umbrella term that encompasses many new technologies.

Just like 4G used enhancements to things like 3G (like HSPA+), 5G will do the same thing with LTE (or even WiMAX or EV-DO). It will move technology forward with the times by creating a whole new set of standards that will allow for innovations such as self-driving cars, VR entertainment, and IoT devices.

That said, it is indeed faster. 4G LTE isn’t the slowest connection out there, but it is far from the fastest. 5G is blazingly fast and can hold massive amounts of data in memory so that it doesn’t have to retransmit. It’s also more efficient than 4G, which will save energy by several factors, including sending shorter messages and using more efficient data compression.

Now you might be wondering how all this benefits our environment? Well, 5G’s energy efficiency is what will keep it in line with its “green” reputation. Here are 5 ways 5G is better for the environment.

Wireless networks require a lot less power for a number of reasons. First off, they don’t need as many towers as traditional mobile phone carriers do because the signal can be relayed from one tower to another.

Also, the radios themselves only need enough power to reach and maintain a connection with the closest tower — this makes them more efficient than “line-of-sight” transmission, which requires a much stronger signal.

The efficiency with which 5G sends or receives information, is also more battery efficient for your phone. The lower frequencies it uses will lead to less power loss when transmitting and receiving, meaning better battery life for you in the long run.

5G Will Use Lower Frequencies to Transfer Data

The lower the frequency of radio waves, the less energy is needed to transmit those signals; thus using less energy overall. This is only one piece of the puzzle, however — how the data is packaged and authenticated also plays a role in determining energy consumption.

5G will use a modulation technique called “carrier aggregation.” In this method, the information is transmitted in packets of smaller bits. The more packets that can be sent in a short period, the greater the overall data transfer speed becomes — and lower frequencies enable this quick data transfer.

Lower frequencies also help in that they have the ability to better penetrate solid objects, such as concrete walls. This allows for signals to be sent strong enough that they can go through any obstacles in their path, which makes it possible for the signal to reach receivers indoors.

5G’s low latency is another way it will save energy. Latency is the amount of time it takes for your request to get fulfilled. For example, when you search for something on Google, even if it’s an incredibly popular term, there might be some delay between your typing in “game of thrones” and seeing search results come up. This is latency at work.

5G will make this process much more efficient. As we mentioned before, 5G lowers the amount of power used to transmit data, which means that it can be sent and received at a faster rate. This kind of fast response time (and efficiency) is crucial for things like computing virtual reality environments.

Smaller antennas on smartphones and other connected devices use less electricity than ones that are larger or more powerful. This is because these small antennas can send and receive just as much data as their larger counterparts, but they don’t have to use as much power doing so.

The Deeper the Pockets, The Greener the Investments

What cuts down on 5G’s energy consumption is not just what it does now, but how the technology will evolve over time. With each generation of mobile networks, there are improvements in efficiency that reduce the amount of energy required.

5G, however, has much deeper technological “pockets” beneath the surface because it relies on millimeter waves. This means that 5G can integrate emerging technologies into its network without having to rely too heavily on them at first — thus minimizing any initial periods of high consumption.

These are five reasons why 5G will help the environment. There is a lot of potential for this technology to make our world greener and cleaner — and we’re excited about what the future holds!