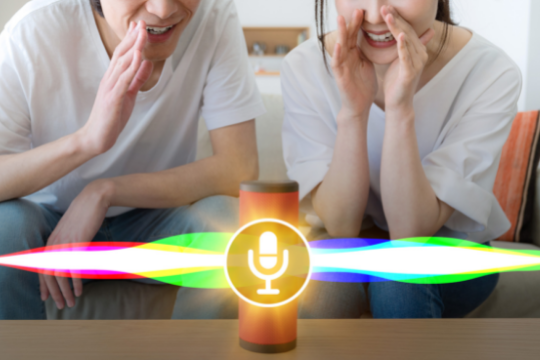 Speech Recognition was once regarded as a gimmick and has come a long way since the days of Star Trek’s “computer”. More than ever, AI and new speech recognition technologies allow an app developer to add rich, powerful voice-activation capabilities to apps.

What is AI Speech Recognition

Speech recognition or automatic speech recognition (ASR) can be defined as the process of converting spoken words into text for use by devices such as computers and smartphones. It is used in applications such as voice search, call routing, noisy environments like car engines, hands-free phone operation (HFP), and more.

A speech-enabled user interface offers advantages over text-only and graphical user interfaces (GUI), such as hands-free operation, improved accessibility for people with disabilities, and more efficient processing of requests in noisy environments. These benefits make speech recognition one of the most exciting technologies of today—and a must-have feature for app developers looking to increase their capabilities.

Speech recognition is composed of two stages: an automatic speech recognition (ASR) engine and a language model that builds on transcriptions from the ASR engine. The ASR uses neural networks, deep learning, and context-dependent models to recognize and transcribe different voices and dialects.

The second stage, the language model, is based on linguistics data and makes use of statistical machine learning in its evaluations. The language model uses the transcriptions provided by the ASR engine to predict what words are being spoken at any given moment.

How Speech Recognition Technology Is Used

Speech recognition can be used with audio and speech files, as well as the past and present conversations of a person or people. It can be used with phone calls, video conferencing, online meetings, interactive dialogue systems such as chatbots and SMS text messages.

Different voice commands can be defined for different tasks to avoid any confusion between them. For example, a developer could program the word “Hello” to prompt the phone to call by default, but program “Computer!” or “Tea, Earl Grey, hot!” to prompt the computer to open your favorite browser and search for online recipes of tea.

Speech recognition offers key benefits that make it the perfect tool for app developers looking to increase capabilities and streamline processes. From enabling the hands-free operation to improving accessibility for people with disabilities, the possibilities are endless when it comes to developing apps that use speech recognition technology.

What’s more, AI speech recognition enhances brand experience, is more intuitive than text control, and will continue to evolve as it becomes better understood by machines. Google has already begun using deep learning to enable their bots to understand slang and other regional dialects – which will enable people all over the world to use voice control with their devices.

There are over 60 million people in the United States alone who have some sort of disability that makes it difficult to use touchscreens. For these people, speech recognition with voice commands is the perfect way to use smartphones and other mobile devices – no need for vision or fine motor skills!

Since most languages are phonetic, with common pronunciation rules, even non-native speakers would not have a problem using apps with speech control, as they would easily learn the correct pronunciation.

Since speech recognition is such an intuitive method of interaction it is no surprise that it has been used in dialogue systems for quite a while. In the past few years, developers have been creating more ways to use this technology to offer users new kinds of interactions with their devices and apps – from voice-activated bots, such as Siri or Cortana, to self-service customer service systems for call centers.

In the near future, we will see more apps that are powered by voice control utilizing AI technology. Soon, people will be able to simply talk to their smartphones, tablets, and other devices without even touching them – imagine waking up in the morning and asking your phone to read your schedule for the day!

With equal-access opportunities, messaging apps will be able to offer their users new ways to connect with customer service reps and brands. Using speech recognition, customers will soon be able to send a quick message using just their voice or type questions that the chatbots would answer back, providing more engaging experiences.

What Can App Developers Do?

Developers can now use speech-to-text conversion into apps that can be used for numerous purposes.

For example, an app developer looking to create a game designed for children might want to program their app so that users would not only see the character but also hear the sound effects. Using speech recognition technology, developers would be able to utilize sound-to-text conversion in their apps. This would enable children playing the game to talk to the character and hear what it would say back, creating a more engaging experience.

On the other hand, if an app developer is making a business productivity app, they may want to create voice commands for specific actions users might need to take. This would enable users to quickly and efficiently navigate their app with the help of speech control, making it easier for them to achieve stated goals.

Developers can also take advantage of deep learning and neural networks to teach computers how to understand different languages and aspects of human language such as regional dialects or slang words. This would allow people from different regions and nations to be able to use speech control with their apps in the language they speak best.

That means that by implementing speech recognition technology into their products, developers can offer apps that are more accessible for millions of users worldwide, including people who need extra assistance while using their devices or apps on a daily basis. By doing so, developers can help people feel at ease using their app or device without taking away from the overall experience.

From messaging apps like Facebook Messenger or Whatsapp, personal assistants such as Siri or Cortana, to customer service bots for self-service solutions—speech recognition has become one of the most popular types of control people can use for their devices and apps. Accessibility is a growing concern for app developers around the world, which is why speech recognition is the perfect solution for them – it is user-friendly, easy to implement into an app, and provides customers with a more engaging experience while using it.

Speech control has been integrated into numerous user interfaces for controlling apps, smartphones, and other devices. AI for speech recognition is constantly learning and providing better speech recognition capabilities for developers. We’re excited to see how speech recognition and AI software continue to work together within apps offering the most exciting tools.