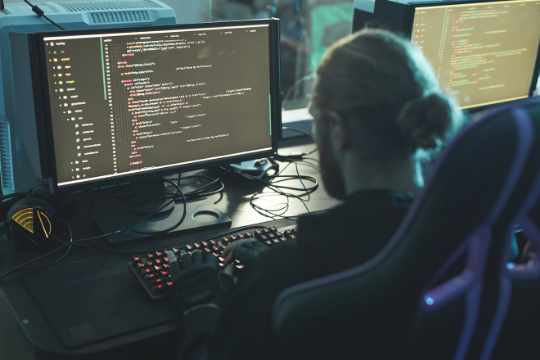 Application security is a huge concern for many organizations today. There are a lot of things to consider when developing an app so that you can reduce vulnerabilities and enhance security before it is even deployed.

Why Prioritizing Security Is Crucial When Developing an App

There are so many different types of apps with varying levels of security concerns, and many of them can be avoided if the proper preparation is made while they’re still in their development stage. Here are some common vulnerabilities in mobile apps you should anticipate so that you don’t deploy your app without any security measures already in place.

This type of vulnerability is where the app is not protecting the data it is using. Sensitive information might be stored for resell in plain text when there should be some form of encryption used.

An algorithm or key has been broken, resulting in hackers gaining access to your information.

The transport security vulnerability happens when the app is not using TLS.

There is too little or no authentication is used at all. This also goes along with an authorization flaw allowing access to unauthorized users.

When you are developing your app, there are many things that can go wrong with the session like recycling it too soon, not setting the time out correctly, and not removing inactive sessions.

This happens when the amount of data being written to a buffer is larger than its capacity. This can lead to hackers gaining access to your device and/or information on your app.

This happens when directories or files are not being checked for user input, making it possible for hackers to gain access without needing any passwords at all.

The list goes on, but the point is the same: prioritizing security during mobile app development is better than waiting until after an app is deployed because you avoid issues that are harder to fix once they’ve arisen.

Why Starting With Secure Code Is Better Than Retroactively Fixing It

Starting with secure code during development is a best practice because it is less expensive and time-consuming than retroactively fixing vulnerabilities after they have been discovered. Developers may need to do everything from rewriting the code to replacing encryption libraries. Retroactively fixing vulnerabilities may also require additional functionality that either wasn’t necessary at the time or was unplanned for. There is also a chance you could introduce new security vulnerabilities during these fixes, further compounding the problem.

Regularly reviewing your code for potential flaws is one of the most important things you can do while creating an app. This is not specific to mobile, but it’s still a necessary part of the process.

Another good practice for increasing security during development is to use the minimum amount of permissions possible. You should always ask yourself “does this app really need that permission?” For example, if you’re developing an app that only works when an Internet connection is available, there is no reason you should ask for permission to access the camera or contacts.

Using a strong encryption algorithm in your app is another important practice, especially since it is easy to make a mistake when determining which one will be best for your needs.

Other best practices when developing secure apps include using third-party libraries and SDKs, using long random keys (rather than short ones), encrypting stored data at rest, tracking user behavior to find potential attacks, performing regular penetration testing on the app, keeping up with patches/updates of all third-party software components used by the app, and creating a “secure” development environment.

Considering all of the best practices to follow, it is easy to see why the most secure apps would take them into account from the start is a better option than retroactively fixing issues after they’ve been discovered. If you thought that was useful, then you might also want to look into it.

The most secure apps incorporate coded protections right away rather than only thinking about it once you’ve deployed your app. We’ve seen that best practices entail regularly reviewing code, using the minimum permission possible, and employing effective encryption algorithms. That’s why it’s important to keep all of this information in mind while designing, coding, and deploying your app.