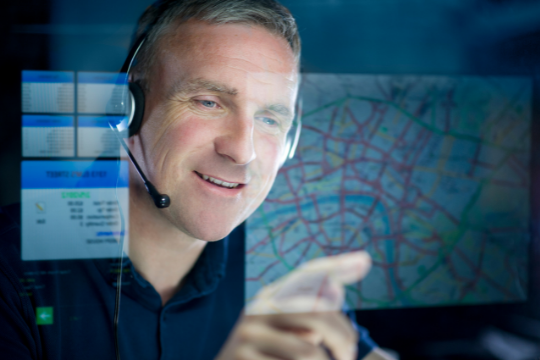 Ultra-Wideband (UWB) technology is capable of delivering and receiving high data rates and resolving propagation path variations, such as multipath and shadowing. UWB can be used in various application fields for wireless communications, remote sensing, imaging, and target tracking. Logistics operations need to implement this technology due to its ability to address logistics problems such as inventory management and vehicle tracking.

UWB has been considered for logistics operations, especially those that need high data rates, such as video surveillance, and those that require high reliability in terms of communication and detection, such as radar targets and multiple targets. This article discusses the characteristics of UWB systems for logistics applications and their impact on target detection mechanisms.

What is UWB Technology?

UWB signal waveforms consist of square pulses that occupy the entire spectrum available in the operating band, which is much larger than traditional communication systems’ bandwidth. UWB systems use different types of pulse waveforms, such as monocycle pulses and polyphase codes, which are referred to as chirp signals. These types of signal waveforms allow the system to spread its signal over a large bandwidth (typically ranging from 500 MHz to 2 GHz), making it possible for UWB systems to occupy the entire spectrum allocated for UWB systems.

How Can UWB Help Logistics Operations?

UWB technology can be applied to logistics operations, including logistics tracking software, and especially those operations that require high data rates, such as video surveillance, and those that need high reliability in terms of communication and detection, such as radar targets and multiple targets (for example, vehicle tracking).

UWB signals will eventually reduce the number of analog video surveillance cameras. UWB technology can be used in video surveillance applications because of its ability to deliver high reliability and high bandwidth for real-time video transmission. Although the performance of UWB systems depends on multipath, which causes signal fading and shadowing effects, these phenomena do not affect supply chain operations.

UWB systems are being considered for radar target detection due to their ability to deliver high reliability in terms of detection. Using UWB technology, targets can be accurately detected with low false alarm rates, which makes them useful for detecting moving vehicles. For vehicle tracking, three different scenarios have been suggested using UWB trilateration techniques: fixed emitter, moving emitter, and moving receiver.

In addition, for logistics operations that require high data rates such as video surveillance and those that need high reliability in terms of communication and detection such as radar targets and multiple targets (for example, vehicle tracking), UWB technology is a good candidate. Due to the characteristics of UWB signals, such as low PAPR, large TBWP, and very long symbols that allow for frequency diversity, UWB can be used in different applications.

UWB technology can be used for asset tracking. For example, the U.S. Department of Transportation (DOT) has proposed using UWB radio tags on highway assets such as trucks and railcars to monitor their locations in real time. UWB radio tags can track both moving and stationary targets through multipath interference mitigation techniques or signal strength measurements.

Network-based UWB systems can be applied to what is known as location positioning for asset tracking because of the absence of line-of-sight (LOS) requirements between targets and base station or networks, which makes it possible to track moving objects in indoor logistics operations.

Other Businesses and Institutions That Can Benefit From UWB Tech

UWB (ultra-wideband) communications are seen as a new technology that will revolutionize many industries. It is not just limited to government and military use, however, but also has major benefits for both the private and commercial sectors.

UWB can help make both government and commercial businesses more efficient by increasing the speed of data transmission (it supports speeds up to 480 Mbps); allowing the use of fewer devices; saving money by reducing the number of devices necessary to meet business needs; and providing more security, accuracy, and reliability in data transmissions.

Logistics operations, especially those that require high data rates, such as video surveillance, and those that need high reliability in terms of communication and detection, such as radar targets and multiple targets (for example, vehicle tracking), have the most to gain from using UWB communications.

Other businesses or institutions can also benefit from this technology by making their processes more efficient with increased speed of data transmission, reduced cost associated with using fewer devices, and greater throughput from a single device.