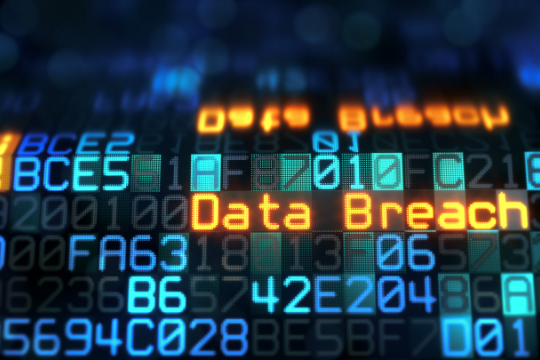 One of today’s worst phobias is getting hacked. That’s because not only are we at risk, but the companies and institutions that have our most vital data as well, from banks to big government—we’re vulnerable no matter what we do. All the protection in the world might not prevent our information from getting stolen out of businesses and corporations whose security systems have been compromised and whose data have been breached.

What Is A Data Breach

Data breaches are considered to be one of the biggest online security threats in the world due to their potentially devastating effects on customers, businesses, governments, and even entire countries. They can result in anything from lost revenue through unauthorized access to payment card details, to damage to reputation that may lose a business customer.

The 5 Most Costly Data Breaches Strategies

A list of the biggest data breaches would be considerably extensive, and let’s not forget all the unreported ones that never make headlines, but still cause plenty of damage. Here are the five most costly data breaches we’ve seen so far:

The data of a good 60 million users were stolen during this hack in 2011, and caused about $4 billion in damage. It was thought that the data had been protected using strong encryption, but hackers still managed to break into systems and steal information.

The leaked personal information of about 160 million people in 2017 proved that financial security companies are also vulnerable to hacking criminals. The breach caused $700 million in damages.

This 2006 data breach compromised the protected information of about 26 million veterans, and all because one employee left unencrypted data on an external hard drive, which was later stolen. The data seized included Social Security numbers. Resolving the breach cost up to $500 million.

Even though they waited until 2016 to reveal the damage, the huge Yahoo data breaches in 2013 and 2014 saw a whopping 3 billion user accounts get hacked, along with an additional 500 million. Together, they represent the largest data breach in history.

Reparations for damages were settled at what amounted to $117.5 million, but if you add the $350 million cut from the original price for which Verizon was acquiring Yahoo, you get a total cost of almost $470 million in losses because of the hack, and because of Yahoo’s failure to disclose what occurred.

The data breach in 2013 cost the retail giant the data from 40 million customer credit cards, and after a long list of payments to settle a long list of damages and lawsuits, the final tally of all long-term consequences by 2017 reached around $300 million.

How to Prevent Data Breaches

There are several ways to protect yourself against these attacks, starting with your own behavior. Make sure you’re never the one who starts the attack by clicking on phishing links, opening suspicious emails, or downloading files from untrusted sources. You should be cautious in every step of the online process, especially when it comes to banking and shopping websites.

You should also make sure to keep any passwords you use as secure as possible and make sure they’re unique for each account. Those who want to go the extra mile can activate two-factor authentication on their accounts, which makes it impossible for attackers to access them unless they have your phone in their hands (or at least the code that only you should know).

Companies can prevent data breaches by making sure their employees are aware of the need for security in all online activities, and by hiring cybersecurity experts to protect themselves against future threats. They should also improve protection on sensitive data so that it becomes almost impossible to access without authorization.

There are plenty of lessons to be learned from what we’ve seen so far, and there’s no telling how long it’ll take for the next data breach of this kind to occur. But one thing is certain – it will happen again at some point. It’s just a matter of time before another company fails to secure its users’ sensitive information.

So, before you give away any private data, make sure it’s going to a trustworthy source. If you’re not completely certain about the website asking for your information, don’t give them anything. Remember that companies should be working harder to protect their users from scams and identity theft because without that effort from both sides, all the money and efforts to resolve consequences after a data breach will just be a waste.