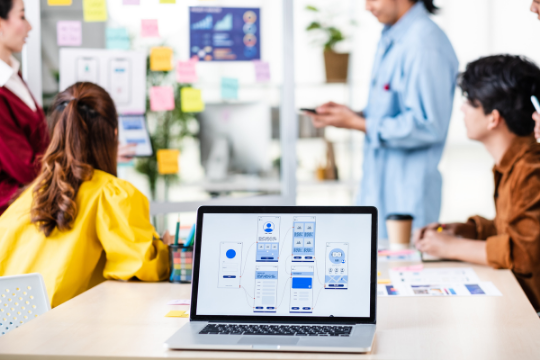 As mobile apps continue to be the major business enablers, all business sectors today are surrounded by numerous mobile apps. As smartphone usage has boomed around the world, businesses have continued to expand their operations by enabling mobile apps.

Mobile apps are being used heavily across industries as a result of the widespread usage of these smart devices.

What is Mobile Automation Testing?

This includes the ability to load on a variety of browsers, operating systems, and mobile devices, as well as its functionality and usability.

In essence, mobile app testing is done with a variety of mobile automation testing tools to make sure the apps are flawless and perform well regardless of the load.

The number of smart phone users across enterprises of all sizes has resulted in mobile applications growing as a means of fueling business operations and enhancing customer service. The purpose of the task a mobile app user wishes to accomplish and the ease of its usage determine which app a user will download.

The app rating and review plays a key role for a new user to choose mobile apps today, as there are millions of mobile apps out there.

Automated tools are used to test mobile applications and ensure they work flawlessly.

App functional testing ensures that the mobile application conforms to the specification outlined in the design document.

Mobile performance tests assess how well the app responds, where it runs in terms of serving clients, and how scalable it is when it is under loads of users.

When testing the application, data integrity, storage security, and checking the validity of any tainted inputs are verified.

The accessibility and usability of apps is a mandate for today’s different-abilities population. For all users to have standardized accessibility, certain standards and regulations need to be followed. Automating the testing of mobile apps for accessibility is therefore a good idea.

It is crucial to conduct mobile testing using different test automation tools to ensure that apps work across browsers, operating systems, and mobile devices in a variety of scenarios such that they are easily accessible for different types of users.

With mobile test automation, businesses gain these major benefits on top of everything else:

As many mobile apps fail because the test automation strategy is not followed, it is not enough to build an app that has all the features. The following phases are necessary for the testing of mobile applications to be successful.

To test mobile apps properly, it is important to select the right target devices. You should check whether the mobile application is native, hybrid, or mobile web.

In addition to back-end testing, proper planning should also include front-end testing. Testing types should also be categorized, as well as which functional requirements should be tested.

To ensure better app testing outcomes, devices with different sizes should be selected for testing.

Each application function must be covered by test cases. The battery usage, speed of the app, and memory usage should be taken extra care of when considering test cases. It is crucial to develop automatized test scripts that can be reused and adapted to the needs of the project.

Set up the test environment on the testing device by downloading, installing, and configuring the application. Before you start testing, you should also ensure the test version of the app has been established.

Appium, Selendroid, and other mobile test automation tools are used to automate testing for iOS or Android applications. These are tested to make sure all fundamental functions are working correctly.

Tests are conducted to ensure that the application is secure and does not leak any data. Through SQL injections, session hijackers, etc., this is accomplished. It is also important to conduct compliance testing.

With the number of users accessing mobile apps globally today, it is also vital to perform accessibility testing to ensure that the app can be used by people with disabilities, by adhering to certain accessibility norms.

Testing a mobile application can be done with different tools and frameworks. There are several popular ones, including:

Testing mobile apps with Appium, an open-source tool, is a popular practice. A developer can use Appium to test their iOS and Android applications, whether they are native or hybrid. Appium is not a stand-alone app.

The WebDriver interface is used to run the test cases. In addition to combining iOS and Android testing by using the same code, testers can reuse their existing source code.

Testing mobile apps using Calabash is possible in multiple languages. .NET, Ruby, Java, and Flex are all supported. Native touch screen applications can be enabled using APIs by testers. It provides libraries that allow scripts interacting with native and hybrid apps to be programmed.

Mobile apps for Android are also known as Selendroid. Mobile application testing can be done with Selendroid for native and hybrid apps. Similar to Selenium for cross-browser testing, Selendroid can run parallel test cases on multiple devices.

The Espresso testing framework is a great tool for automating the testing of User Interfaces (UI) of mobile apps, since application developers and app testers use Espresso extensively to test the user interface of applications before they are deployed.

An interaction may be recorded by developers when creating a scenario. To add assertions, developers must capture snapshots of the UI elements within the app and verify their behavior. As a result, they can use the tool to create UI test cases for testing their application.

Android apps can only be tested using Robotium, an open-source test tool. Java is used to write the test cases. Black-box testing is one of the main reasons why Robotium is popular. An android tester can automate multiple activities and write a test case in a minimal amount of time with this tool.

These are just a few examples of other popular tools, such as Monkeytalk, Testdroid, Frank, and UIAutomator.