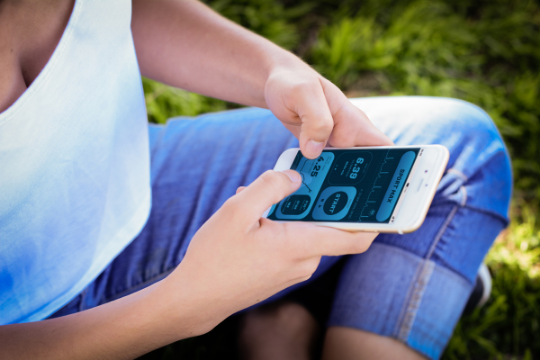 Progressive web apps (PWAs) are web pages or websites that function like native applications or mobile sites.  They’re useful because the application shell and the data live on the user’s device, rather than having to be downloaded each time they use it.  This means that PWAs load very quickly and can be accessed from a home screen, making them more accessible and convenient than traditional web pages or websites.

Google, Microsoft, and Apple have all launched initiatives to support progressive web apps as the future of mobile. Let’s take a look at how they work, why users love them so much, and what makes PWAs so useful for businesses.

Why Progressive Web Apps Are a Top Mobile Trend for 2021

The beauty of a progressive web app is that it functions just like an app—it opens quickly, can be accessed from a home screen, it sends you notifications even when not open, and is easily downloaded for offline access. A progressive web app’s home screen icon behaves like a bookmark, but when it’s tapped, the app is revealed. Such functionalities make PWAs superior to traditional mobile web pages or websites.

PWAs’ growing popularity is therefore owed to their convenience and accessibility, offering the best features of both native apps and websites without being either, they’re accessible in a browser tab or from a home screen icon, so users can go back into it whenever they want. The fact that they don’t have to be downloaded, so it benefits people with low storage capacity on their phones or slow Internet connections.

One of the biggest appeals of PWAs is that, because they live on one’s device, users can open them quickly and complete tasks without having to wait around for the page to load. They load very quickly, like traditional web pages, but can also be pinned to home screens as if they were native apps.

Another reason that people love PWAs is that they feel very personal and familiar because they provide users with a seamless transition between the web page and the app—they help to transform websites into interactive, engaging experiences. People can go from using a website to having a good experience on the app in one click.

Progressive web apps’ advantages include cost, as they are often cheaper to maintain than a native app, and it’s easier to keep them up-to-date. Users get the best of both worlds—a website that loads quickly and an app that looks and functions like a native one.

Businesses are drawn to them because when compared to native apps, they have faster load times, utilize less data, and can be indexed by search engines. They also take up less storage space, which means that users can update them quickly without having to clear out their devices first.

So widespread has their demand become, that there’s even a plugin enabling progressive web apps for WordPress, which allows more websites to capitalize on their benefits, but without interfering with any other plugins being employed.

PWAs have other advantages too—for example, the data isn’t stored on the user’s device so it won’t be lost if they lose or change their phone. It’s also secure, so they won’t have to worry about data theft.

PWAs are flexible and can take different forms depending on the business’s goals—they can be used for marketing purposes or as support tools that provide customer service where users need it.  They’re also cross-platform, which means that users don’t have to choose between the iOS or Android operating system, they can use either interchangeably.

PWAs are still in their infancy, which means that they aren’t supported by all browsers—some browsers don’t support PWAs at all while others only partially do. Right now, Edge, Firefox, Chrome and Opera fully support PWAs while Safari only offers partial support, as it doesn’t allow users to add home screen icons or full-screen mode.

Another issue that puts people off of PWAs is that there’s no standard yet, so it may change often and companies using them may need to make adjustments regularly. It’s simply another factor businesses need to consider when trying to make money online.

Some mobile devices don’t offer the same download speeds as others—that means that PWAs would take forever to download on slow networks. It’s difficult for developers to test their apps across different devices and operating systems because not all of them are compatible with the same browsers, which leads businesses to miss out on opportunities. These progressive web apps disadvantages, however, either may not be a problem for many companies, or they are likely to be remedied.

Despite This, Progressive Web Apps Have a Bright Future Ahead

Nevertheless, not surprisingly, the pros outweigh the cons, and for good reason are PWAs gaining momentum among users and businesses alike. As more browsers start to support them, there will be fewer problems with compatibility, since more platforms will also begin to accept PWAs as their apps catch up with the trend.