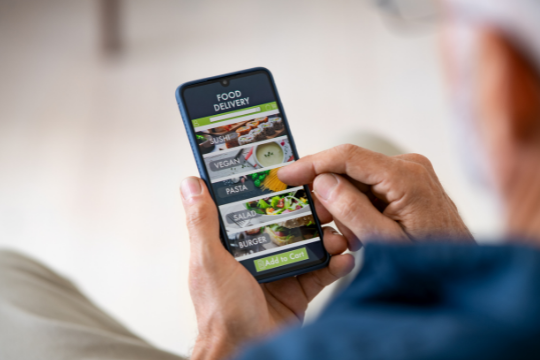 The on-demand economy has been something of a buzz term for the last few years, and it’s no surprise why. The idea that consumers can summon goods or services to them at a moment’s notice is incredibly appealing. People have their cars cleaned, groceries bought for them, and even medical practitioners made available at a moment’s notice all by the simple push of a button.

Yet, it’s unclear how much life is left in this exciting new space. While the likes of Uber and Airbnb continue to grow quickly, not every company has managed to reach similar heights. And with major players like Google investing heavily into their own on-demand delivery services (Google Express), the question becomes whether on-demand technology can move beyond a few major players and become a true part of many people’s daily lives.

On-demand apps have grown in popularity because they offer convenience to the consumer. The idea of being able to summon goods/services immediately is extremely appealing, especially to people who are too busy with their day jobs or just don’t want to waste any time house-hunting. It’s also why on-demand marketplaces for services like cleaning and delivery have taken off because it’s clear that consumers would rather pay to avoid chores like cleaning their houses.

Yet, despite the advantages that on-demand apps offer consumers, there are some disadvantages to using them. While most on-demand Apps today are entirely free to use for both suppliers and consumers, they aren’t always equally beneficial to both parties. Many apps force suppliers into contracts which make it difficult or impossible to leave the platform if they become unhappy but also include large bonuses for top performers. This leaves suppliers feeling trapped, and with no way to leave if they become unhappy with their work environment or pay.

On the user side of things, on-demand apps aren’t perfect either. Many people prefer to deal with standard service providers that they can trust rather than random strangers through a marketplace. This is especially true when it comes to services like cleaning and moving where nearly all people prefer a personal touch rather than doing business with a faceless company. The convenience that on-demand apps offer comes at the cost of knowing exactly who your service provider is, which can be more important than many people expect.

What Industries Have The Most On-Demand Apps?

On-demand apps have spread to nearly every major industry you can think of, and even some industries most people wouldn’t expect. When it comes to goods, on-demand apps offer consumers a way to purchase anything from groceries to new clothes with a simple push of a button. Several different services have been disrupted by the popularity of these apps, with everything from pet care services to short-term rentals being offered at a moment’s notice.

However, the most popular types of on-demand apps are those that offer transportation or delivery services. Getting a ride to your location is one of the most popular services offered by on-demand apps, especially in cities. This has led to the emergence of companies like Uber and Lyft, which have completely revolutionized how people get around at their destination.

It’s also why getting goods delivered by an on-demand app has also become popular among consumers. Packages often don’t arrive when they’re expected, causing many consumers to turn to on-demand apps for deliveries instead. From groceries to clothes and even furniture, it’s becoming increasingly common for people to request goods be brought right into their home without having to go out of their way.

Some other industries that are utilizing on-demand apps are:

On-demand apps offer consumers a convenient way to get their homes cleaned up quickly.

Order movies on-demand through apps like Tubi TV, making it easy for people to watch new movies or reruns of their favorite shows.

Instead of going out to eat, more and more people are turning to on-demand apps like Postmates for food delivery.

Many people prefer to speak with a doctor through an app like Doctor on Demand, rather than going into the office.

With the convenience of on-demand apps, it’s easy to see why so many people are turning to them these days. However, it’s still unclear whether or not they’ll continue to grow. Companies must find a way to make their employees comfortable with the arrangement while also providing customers with outstanding service to keep growing. If on-demand apps can accomplish both these goals, then they have a chance at continuing to grow for years to come.