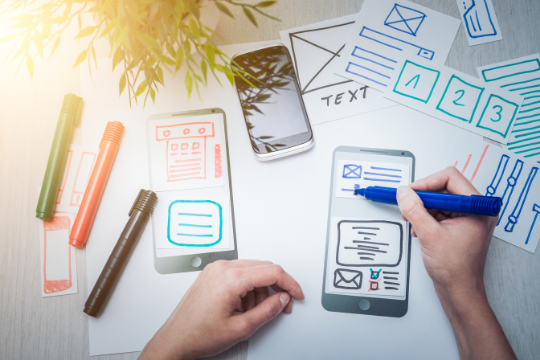 In the world of technology, time is a precious commodity. App developers have to strike a balance between features and simplicity when designing applications. Google introduced two new application types for Android devices in order to streamline user experience: Progressive Web Apps (PWA) and Instant Apps. Both serve the same purposes but work in different ways.

What are Progressive Web Apps?

Progressive Web Apps are native web applications that run on mobile devices. The first step towards their creation was to develop new web APIs. PWA works like a typical app. It is installed through the Google Play Store and launched like any other Android app. However, it’s website-like interface allows users to access it on multiple devices without having to search for an alternative. Progressive Web Apps are comparable to Instant Apps, but they’re far from the same thing.

What are Instant Apps?

Instant Apps are a new Android framework that makes it possible to run apps from the Google Play Store without installation. They’re installed as an intent, so they run in a separate sandbox and don’t have access to the rest of the system resources. In fact, Instant apps do not even need to be downloaded from the Play Store. Users can instantly run it from the URL provided by the developers. This technology may be used to run a fully functional app from a single link.

The biggest difference between them is that Instant Apps can only run on Android devices, while PWA works on any user-friendly web browser. There are additional differences between them, but these are the most notable.

Pros: Instant Apps may be used to run a fully functional app from a single link without installation. It can be accessed offline and does not require high-quality front and back-end development. This technology may make it possible to run apps on older Android devices with software problems or limited storage space.

Cons: Instant Apps do not support push notifications and web app icons like PWA. Some users may experience compatibility and performance problems when attempting to use them across various hardware and software.

Pros: Progressive web apps give users a native app-like experience. They can be installed from the Google Play Store and accessed offline. PWA allows developers to include push notifications, web app icons, splash screens, etc. PWA gives users a higher degree of control over privacy and security since they run on the user’s devices rather than in a sandbox.

Cons: Progressive web apps do not have access to native device features, such as your camera and microphone. This makes it hard for developers to create a fully functional application in a short amount of time. PWA does not support the Android version 4.0 or earlier, so users may need alternative solutions in order to run apps on older devices.

PWA vs Instant Apps: Which One is Better For Businesses?

As you’d expect, when it comes to deciding whether a PWA or Instant Apps provide better advantages for business owners, it depends on what you’re looking for, on your needs. Progressive web apps and instant applications both provide a good user experience by making the process of finding and installing apps easier, which is why many businesses are starting to use them in their marketing strategies.

Instant apps are cheaper to develop and easier to maintain than PWAs, which require significantly more resources to create, although developers may speed up the process with ready-made solutions that work across all platforms. Instant apps are also less demanding for users since they run on small devices with limited storage space and memory, and don’t require installation. If you already have an Android app (or were intending to develop one), it makes more sense to upgrade to instant apps.

Meanwhile, if you want your users to have access to your products on any browser and operating system, you think they’d benefit from a more personalized experience, that it’s more efficient to have the apps run on a user’s device, rather than in a sandbox, especially because that gives them a higher degree of control over privacy and security since this way they can access the user’s camera and microphone, then progressive web apps are the way to go.