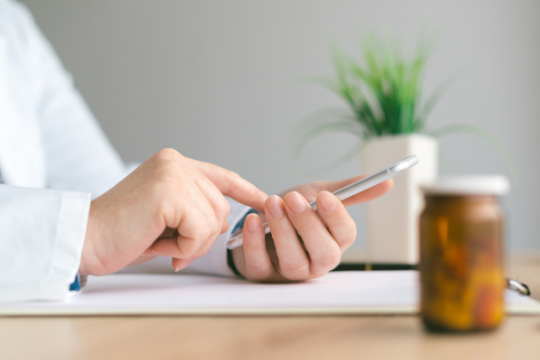 Instant apps are smaller Android apps that can be downloaded quickly, without having to install them. They are supported by Android 6.0 Marshmallow and later versions of Android through Google Play Services’ instant app API framework.

Previously known as modular APKs before their official debut at Google I/O 2016, they are currently supported by some developers including BuzzFeed, Wish, Periscope, and Viki.

According to Google, Instant Apps are intended for “lightweight” applications that don’t require all of their functionality. These apps can “expand” into their full versions through a link, but only if the user launches them that way.

Instant apps are designed to work with Android’s modular nature, where developers can deploy just the parts of an app they want to give users access to at first. This saves space on your device and helps speed up download and installation times.

Why Use Instant Apps?

Instant Apps are an effort by Google to deliver mobile content faster, using the company’s online services. First introduced as an effort to interest users not willing to fully download apps from the Google Play Store, as a move to compete with Facebook’s options, Instant apps are fully functional within 5 seconds of clicking on the link.

For example, if someone clicks on an article on mobile Instagram or Twitter, the instant app will effectively open up instantaneously, with the article on screen. The new feature is intended for apps that are not usually downloaded, but may be useful to people occasionally, such as banks or payment apps.

But for users who want more functionality from their apps, they can choose to install them instead of using just the instant version.

How to Get Started with Instant Apps?

Instant apps require a bit of setup, but most developers can get started in a matter of minutes. There are two ways you can develop instant apps: through Android Studio or by using the command line.

To get started via Android Studio, go to Tools > Instant Apps and set your project as an instant app project. You can then set up test accounts and configure the URLs that Instant Apps will open. Once you’re done, build the project for release and upload your app to Google Play Console just like a normal Android app.

To develop through the command line, developers need to install the latest version of Android Studio and have access to the command line via Terminal (Linux or Mac) or Command Prompt (Windows). They can then run one of the following commands to build an instant app:

For iOS apps, Apple provides an API so developers can enable Instant Apps without having to rebuild the app from scratch. Additionally, Apple says that any existing app can be enabled as an instant app with no additional work required, but it’s unclear how much of the codebase will transfer over to the new format.

Apple’s version is based on its App Store and doesn’t require any updating of individual apps. In a way, Instant Apps are similar to Apple’s universal links, which allow you to push content from one app or website to another. While Instant apps can be seen as a “lite” version of an app, universal links only point out to the original and don’t offer any use once clicked on.

In contrast to Google’s Instant Apps, Apple’s version is more rigid. Users will have to fully download their apps in order to get access to all of the features. If a user tries to go outside of the app, then it will simply redirect them back within the browser.

While Android Instant Apps are designed to facilitate user access to apps they want, Apple’s new iOS App Store introduced something similar called App Preview Messaging, which is meant to grant iPhone and iPad users without all of the necessary software, the option to experience new apps even if they don’t have them installed.

The difference is that Apple’s instant messaging allows users to share apps via iMessage, where Android Instant Apps are simply lightweight versions of the actual app. Google also plans on expanding its instant apps platform for all developers, not only those with iOS devices.

Google promises two benefits with the introduction of Instant Apps:

1) To make it easier for people to discover apps and content from your brand.

2) To lessen the need for web pages where you can place a link for people to access instead of having to install an app.

As a developer, you can check out the documentation at android.com/instantapps/ and register for more information on how to use instant apps and get started with this new technology.

From an app developer’s standpoint, it’s still unclear how much will change to the codebase in order for Instant Apps to work – especially since these apps are meant to be temporary and meant for discovery, not long-term use.

Will Apple’s App Preview Messaging, which is more limited in terms of what it can do compared to Instant Apps, make a difference? Will multi-platform support be a factor in the future as Google moves towards a unified cross-platform experience using its material design philosophy?

We’ll find out more as Instant Apps start to roll out and we gain a better insight into developers’ experiences.

For now, it seems like Apple’s messaging feature is limited to iMessages, whereas Google’s Instant Apps will open up for Android users who don’t have the app installed. It will be interesting to see what happens next.