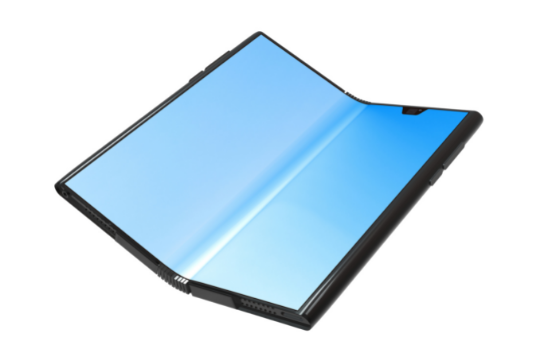 I’m sure by now most of us have seen the announcement and subsequent coverage of Samsung’s new Galaxy Z Fold and the Galaxy Z Flip phone models. The foldable devices factor has been tried before, but it seems that this time around both Samsung and others in the industry are taking it a bit more seriously. And with good reason – as devices get smaller and more portable, the need for a design that can take advantage of that portability becomes more and more important.

From a developer standpoint, what does this mean? What changes need to be made to support such devices?

At first glance, it seems the answer would be simple – more screen real estate! However, if you take a closer look there are some other interesting issues to consider in this new emerging technology in apps.

For example, what happens to the UI when you fold or unfold the device? Do you adapt the UI to each form factor individually? Do you have one layout for different modes? Or do you simply lock it in “unfolded” mode with an option to switch when unfolded?

Before we can dive into what needs to be done to support foldable devices, I think it’s important to take a look at the current state of the foldable smartphone industry.

Currently, there are only a few companies that have released foldable smartphones. These are Samsung, Huawei, Xiaomi, and Lenovo.

Huawei released their first foldable phone, the Mate XS, in November 2019. Following that was the Mate X2 in February 2021.

Xiaomi came out with their version of the above models with the Mi Mix Fold, which was released in April 2021 in China.

Lenovo also took a shot at foldable smartphones by introducing the public the concept of the Cplus Bendable Phone, which can also be used as a wearable, back in 2014, but the phone has yet to release. There have been many rumors about the release date of the phone. Some said 2017, some said 2021, but the phone has not reached the consumer market yet.

So, now that we’ve looked at what the landscape of foldable mobile devices is like, how about we start looking at this from a developer standpoint? As we mentioned previously, there are some additional challenges to consider when dealing with these devices.

The first challenge stems from screen real estate. With traditional smartphone devices, you can assume that they will be in portrait mode and that the app will be designed to fit in that orientation. However, with foldable devices, you need to be prepared for both orientations – portrait and landscape.

Another consideration is input. With traditional smartphones, you can assume that users will primarily be using their fingers to interact with the screen. However, with foldable devices, this may not be the case. Users may want to use a stylus or their finger as they would with a tablet, so you will need to take this into account when developing your apps.

Finally, test on all supported devices and form factors early and often. This is something that can easily be missed so it is very important to keep in mind.

A Look Ahead to the Future of Foldable Smartphone Technology

Now that we’ve looked at what the landscape of foldable smartphones is like, let’s take a look into how this technology may develop over the next few years. As we mentioned previously, there are currently only a small handful of companies that have announced their intentions to produce foldable devices.

However, this number is rapidly growing. Just in the past few weeks, there have been announcements from LG, Oppo, Dell, and Google that they are also working on foldable smartphones.

This increased interest in foldable smartphones can be attributed to a few things. The first is that foldable displays are no longer science fiction. The displays themselves have been around for a few years, however, the technology to construct them into devices has only just started to be developed.

The second reason is simple economics. When you look at all of the patents and research efforts that currently exist for foldable displays, it becomes clear that manufacturing costs will drop significantly over the next few years. This is because the technology will no longer require the use of two separate displays (one for each side of the fold) but can instead use a single display that is bent.

The third reason is that users are starting to demand more from their smartphones. They are no longer happy with devices that just do the basics. Users are now looking for devices that can replace their laptops or tablet. This is where foldable smartphones come in as they can offer a larger screen size without the bulk that you would get from a traditional tablet.