Would you rather invest in Mobile Game Apps or Healthcare Mobile Apps (also called mHealth) to be successful. While game mobile apps are a big draw for all user age groups, healthcare mobile apps have a focused niche user base with higher utilization factor.

Healthcare Mobile Apps – from Wikipedia, “mHealth (also written as m-health) is an abbreviation for mobile health, a term used for the practice of medicine and public health supported by mobile devices.” 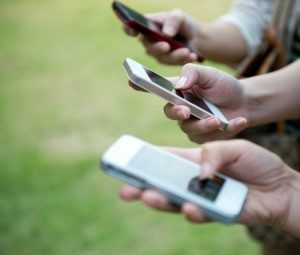 Mobile games apps allow a greater participation of user base and allows for all sorts of people to enjoy a mobile experience. This fuels two different engines – economic and user-engagement. Both can become huge. If a game is simple to understand, rules are easy to comprehend, game is easy to play with increasing levels of difficultly, then and only then can a game become successful.

It is not necessary to have blockbusters like Pokemon Go. Instead there are millions of simple apps that are played by millions of people every day.

However, the biggest benefit in my eyes is the increasing participation by people. They get familiar with the devices, start trusting them and ultimately will try non-game apps like Healthcare apps. Without the initial early-adopter technology, there will be no opportunity for other industries.

If you are considering a game app, this is the right time to launch into developing it now.