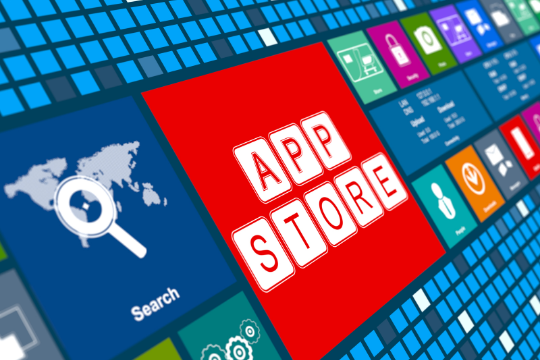 The app marketplace is constantly changing. Developers are always thinking of new ways to make apps more efficient, user-friendly, easy to use, and accessible for people to download onto their devices.

Another area that tech experts are exploring is the ways in which both low/no-code app development and Android Instant Apps can help the industry move forward even faster than it already is.

What are Low/No Code Apps?

Low-code and no-code apps are built using low-level, easy-to-learn programming languages allowing developers to create basic apps without knowing how to code. When compared with high-code app development, the process is much faster, as there is less coding involved. Not only is it quicker to build an app, but the apps are also created with limited features that can be upgraded later on if needed.

One of the most popular low-code app development platforms is called Appy Pie. This platform uses no coding, no prior experience, and doesn’t require high-level skills to build an app. Appy Pie’s users include entrepreneurs, marketers, sales teams, and small business owners worldwide, who are looking for a low-code/no-code app builder with the flexibility to produce apps without coding. One of Appy Pie’s users, Jim Bouchard, is a self-proclaimed “serial entrepreneur” who was looking for an easy way to build his own professional real estate app. Without any prior coding experience or knowledge, Bouchard used Appy Pie to build a real estate app within minutes.

What are Instant Apps?

Google Play Instant Apps are “lightweight” modules of the full app that run instantly without installation. Instead of downloading the entire app, users can open targeted pages or sections within apps straight from Google search results. For example, instead of using Facebook’s native mobile app to look at someone’s profile, you could simply click on their name and immediately go to their profile page within Facebook directly through a web browser link on your phone – all without having to download or install anything onto your device from the app store. You’ll still have access to some features like photos and status updates, but not everything. This can be incredibly appealing to users who are looking for a less intrusive experience while still being able to use the app in some capacity.

Reasons Why These Kinds of Apps Will Become More Popular

Google will also display app ratings and reviews on its search engine results page (SERP), meaning that if an Instant App’s rating is high, it will likely rank higher than the native app, and will therefore be more likely to be downloaded by users straight from Google.

With regards to Low/No-code apps, by allowing easier access to the creation of apps with minimal coding, they essentially open the door for creatives with a vision but without coding experience or knowledge to bring their ideas to life.

Developers who wish to create Instant Apps would have to use Android’s Instant App development tools, which are currently in preview mode. As the name suggests, these tools allow for the creation of an “instant app” without having to build a full-fledged app beforehand. This means that apps can be launched and updated quickly since there is less of a need for extensive coding and testing.

Developers who wish to create Low/No-code apps can do so through platforms like Appy Pie, which require almost zero technical knowledge. They allow developers to build their own app without the need for any prior coding experience or knowledge, as users can create their own functional apps in minutes by following simple “point and click” instructions.

How these kinds of tools will impact marketers: No-code development platforms would open business owners’ minds to building their own mobile app without first needing an expert coder or developer who knows how to code on a professional level. Instant apps would also give businesses more access to advanced marketing analytics, as more and more Instant Apps would begin to appear on Google’s platform and users would be exposed to these “lighter” apps.