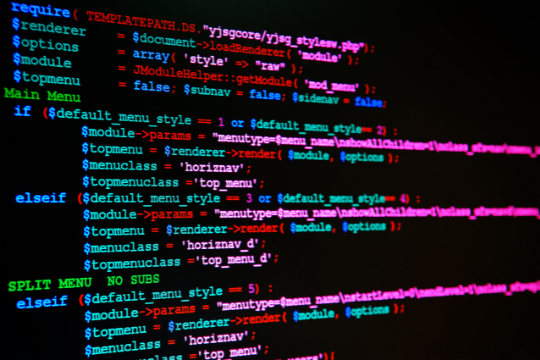 In the tech world, it is always a good idea to keep up with big changes that can affect your app. One of those aspects is programming languages, after all, they are one of the main pillars on which every app is built.

Every language has its pros and cons but they also serve different purposes. While some are used to build mobile apps, others are used for building web-based ones, and yet some can be applied to both.

Every developer has their preferences and it’s just a matter of time until you find the one that suits your needs the best. But if you don’t have enough resources to do so, here is a list of the most popular types of programming languages and a little information about each of them.

This language is mostly used for web-based apps. It’s easy to learn and apply, which makes it one of the most common ones.

Also a good programming language for a variety of platforms, both mobile and web. It remains consistent throughout all platforms you use it on and has countless online tutorials to help you get started.

A versatile language that can be used for mobile and web apps, as well as desktop ones. It is growing more popular by the day and is known for its readability.

This language was created specifically for web development and has been in use for over two decades. It’s a good choice if you’re looking for stability and a wide range of features.

Apple’s programming language was designed for developing apps for iOS devices. It’s relatively new but it has already gained a lot of traction due to its ease of use.

A popular language for web development that’s known for its readability and easy-to-understand syntax. It can also be used for mobile development with the help of a few extra libraries.

As mentioned above, not every programming language can be used for building mobile or web-based apps. However, they have a few common uses that cover a general idea of how you can use them.

HTML5 is your go-to language if you want to build a cross-platform app without investing too much time and effort in it. It’s also great if you want to get into coding but don’t know where to start.

JavaScript is the way to go when developing apps for Windows Mobile devices under 10 inches of screen size, as well as web-based apps with the help of popular frameworks such as AngularJS and ReactJS.

Python is good for creating apps for Android devices while C++ is mostly used for developing gaming applications and software.

PHP is a good choice if you want to create a dynamic web page, while Ruby can be used for developing both web and mobile apps.

When it comes to making big decisions for your app, it’s always a good idea to get professional advice. This is especially true when it comes to something as important as the programming language you’re going to use.

Some people choose to use app development software, but many have found several drawbacks with these. Additionally, if you do not have previous app development experience or knowledge, this option will weigh heavy on you and may result in wasted time and money.

Mobile app development companies have years of experience in this field and can help you choose the right language for your project. They can also provide valuable insights on how to make the most out of specific languages and what their limitations are.

So if you’re feeling undecided about which programming language to use for your next app project, don’t hesitate to consult an experienced mobile app development company. They’ll be more than happy to help!