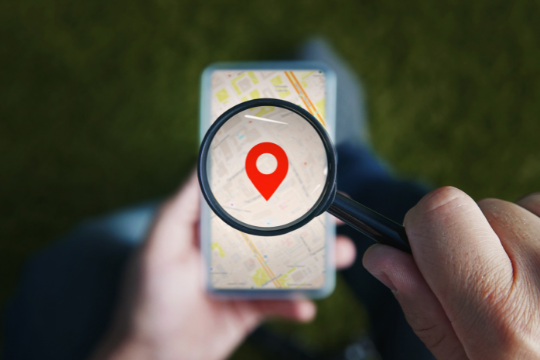 When you’re creating a mobile app, one of the first things you need to decide is where it will be available. This decision is based on your app’s geolocation. Geolocation is the process of determining a device’s geographical location. There are two main factors to consider when choosing geolocation: user location and device location. For many apps, it’s a good idea to combine both geolocation strategies for a more accurate geotargeting strategy.

In this article, we will discuss how important geolocation is to your mobile app – from the perspective of users and devices – and provide some suggestions on what to keep in mind when planning your app’s geolocation.

How To Build an App With Geolocation

When you’re creating your app, it’s important to consider how and where it accesses geolocation data. If you don’t plan accordingly, your users might not be able to use the app as intended. Geolocation data is accessed via GPS on mobile devices and by IP address on web browsers. You should also consider how frequently this data is accessed. A naive approach would be to check your user’s geolocation on page load, but some users are on mobile devices with limited power and memory. If you only need the geolocation data every few minutes or hours, you might save battery life by checking less frequently.

When planning where your app will access geolocation data, it’s important to remember that accessing GPS information through a browser is not supported on all devices. Browsers typically use IP address-based geolocation instead of GPS if it’s available. However, many browsers have limits on how often they can request location updates from an IP address, which means that you could be geo-targeting a user inaccurately if their browser can’t access the information you need.

Geolocation is also important when it comes to offline mode. For example, Pokémon GO doesn’t allow users to play when there is no internet connection, because it would be impossible for the application to determine a player’s location without having access to their device’s GPS or IP address. In fact, by not allowing your app to work in offline mode, you might be increasing your user acquisition costs, so geolocation data should always be considered when creating an online/offline strategy for mobile apps.

As more companies advertise on social media platforms like Facebook and Twitter, some are starting to determine where ads are appearing through geotagging – the process of attaching geographical data to digital photos and videos. For example, if you upload a photo from Times Square in New York City, the geotagging feature will add latitude and longitude coordinates to the photo that anyone can access. This means that businesses can target potential customers more accurately by advertising only in certain areas.

There are many benefits to using geolocation in your mobile app. Here are a few.

Perhaps the most obvious benefit is that it can help you target users more accurately. For example, if you’re a business that only operates in certain areas, you can use geolocation to ensure that your ads are only being seen by people in those areas. Another example is Google Maps. In the past, if you tried to search for a location on Google Maps without specifying where you were, you might have been searching for a location several miles away from your real geographical coordinates. Now that Google has implemented geotargeting into their maps, local businesses can appear more prominently in searches near your current location. This means that if you’re looking up directions to a business and it comes up as the first option, it’s probably because it’s closer than other options – increasing your chances of converting this user into a lead.

Geolocation also helps cut costs by delivering cheaper clicks. For example, an ad set targeting website visitors from San Francisco would be more expensive than one targeting people in Milwaukee, but it’s more cost-effective for businesses with branches in San Francisco to target local users at a lower cost by advertising only in their area, rather than nationwide.

Geotargeting can improve conversions. For example, if your users are traveling abroad and they see an ad for your business that you’ve geotargeted to appear when they’re near your location, there is the possibility that they will search for directions to visit your business. This means that you might get higher engagement rates than other ads because of “the anticipation of place-based personalization .” Another way geolocation can increase conversion rates is by offering deals in specific areas. For example, a clothing store could offer a discount to users who show the coupon on their phone when they’re near the physical store.

As mentioned earlier, geolocation is important for apps that work in offline mode. If your app can’t determine a user’s location without access to their device’s GPS or IP address, they won’t be able to use the app. This can be a major issue for apps like Pokémon GO, which rely on being able to track a player’s location to function properly.

Why Geolocation Is More Useful In Certain Apps Rather Than Others

Geolocation is a powerful tool that can be used to improve user targeting, reduce costs, and increase conversions. However, not all apps require geolocation. Location-based apps are more likely to benefit from using geolocation, but other types of apps can also benefit from it in specific ways. Ultimately, it’s up to you as the developer to decide whether or not geolocation is necessary for your app.