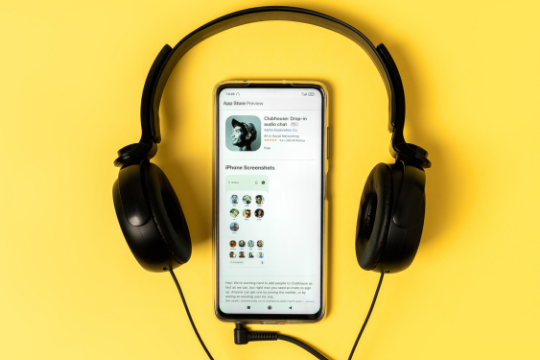 Clubhouse is a social audio app that lets you create and share anonymous audio chat rooms. It can be used to anonymously broadcast your thoughts, opinions, or maybe just hear what random people are thinking. You can also use it as a way to meet new people or find old friends since you can start by entering someone’s shared code.

Here are some of the great features that Clubhouse provides:

• Search for specific communities or categories of communities, such as music genres

• Can be used to anonymously broadcast your thoughts or opinions

There are many factors that determine how well an app (social or otherwise) will perform once it has been created. This article will cover some of those core factors as well as how to go about developing an app like Clubhouse.

The Main Factors in Developing a Successful App

There are several factors that decide whether or not an app will be successful. These factors include:

Quality of the Idea

This factor is perhaps the most important of all because it determines if there will be demand for your app in the first place.

Another factor that can make or break an app is how useful it actually is to the users. For example, an app that provides information but doesn’t actually provide any real world value won’t succeed because it will be seen as a novelty and not something that people need in their lives.

As with any start-up, time is of the essence and limiting yourself to a two or three month deadline is likely going to result in you rushing your app into completion. Rushing the development process will more than likely lead to corners being cut which leads to an overall shoddy product that people won’t want anything to do with.

This factor can make or break an app as well, especially when it comes to design and user interface (UI). A beautiful UI with average functionality may be seen as better than having a terrible UI and amazing features. When in doubt, it’s always best to go for functionality over design. However, keep in mind that design can add a sense of value and quality to your app which may persuade people to download it.

If you expect people to be downloading your app, you need to let them know that it even exists. Spending time or money on getting the word out about your app will make it more likely for people to discover it and give it a try.

Once you’ve got an app ready to be distributed, you then have to find a way of giving it out to the public. This is done most commonly through online stores such as Google Play or Apple’s App Store and is usually free or at least substantially reduced from the original price tag (in order to attract more downloads).

Pricing is one of those factors that can make or break your app. If you decide to go for a paid version with no in-app purchases, it will require the user to shell out their hard earned money before they can even download the app. In-app purchases on the other hand allow users who want to remove ads or gain access to extra features to do so by paying a small price. The downside is that in-app purchases are almost always more expensive than the actual app itself which may deter customers from purchasing your app.

Before you begin any design process, it’s important to have a concrete idea of what you expect your app to look like and how it will function. Clubhouse is a rather simple app as far as design goes, but it does have certain defining features that separate it from other audio communication apps such as Discord.

The ability to use 3D touch to show shortcuts for chat rooms is another feature that can be adapted as well as extended for usage across other apps. The power of 3D touch is that it allows customers to customize the app to their liking without giving them too many options at once.

Clubhouse separates itself from other apps such as Discord by using a chat format similar to Facebook Messenger. This allows Clubhouse users to chat in columns rather than just one large stream of information.

The chats section is where you can see all the different conversations that are going on in Clubhouse at any given time. Like Facebook Messenger, it allows for scrolling so users can choose to view older chat logs or focus mainly on the most recent ones.

If you’re planning on developing an app like Clubhouse, you’ll have to come up with a way of creating your own chat rooms. Clubhouse’s chat rooms are rather simple, but by choosing to have users create their own rooms in the first place, it ensures that there is always a place for people to communicate with each other.

This is one feature that not every audio communication app possesses which allows users to know when someone begins speaking in their chat rooms. Notifications prove especially useful for those who have multiple conversations going on at the same time and may miss out on messages otherwise.

Even if you’re offline, Clubhouse makes sure that you never miss a message by offering offline messaging which allows users to send messages while they are away from the app.

While read receipts can be a rather controversial topic, Clubhouse allows moderators to determine whether or not they want to implement them.

The cost to develop an app like Clubhouse will vary depending on who is developing it and how long they’ve been in the business.

• A team of developers led by an experienced industry veteran can expect to pay around $100,000-$500,000 depending on how big the development team is and how complex the final product will be.

There are a couple of things you should keep in mind when developing an app like Clubhouse.

Always Have a Plan

While you may have a clear vision for what you want your app to be, there’s no guarantee it’ll resonate with the market. A successful business is one that can quickly pivot to keep up with its audience so always have an open mindset about how you plan on developing an app like Clubhouse.