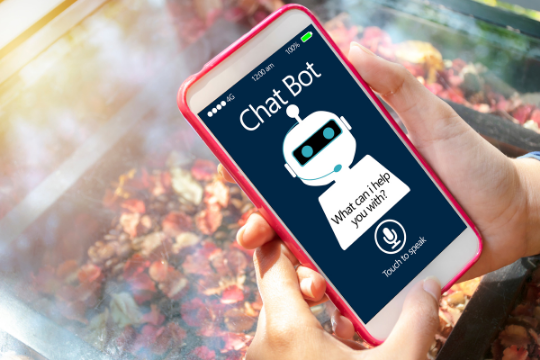 There are two types of artificial intelligence. The first is called narrow AI, which can complete a specific task better than humans. IBM Watson, for example, dominated the TV quiz show “Jeopardy.” Since then, it has provided support to doctors in understanding medical articles and helped with creating new cancer treatment plans. Other examples include autonomous vehicles, which use multiple sensors to react to their surroundings on the road; spam detection software, which uses machine learning to determine whether an email is junk mail; language translation tools like Skype Translate or Google Translate; or Siri’s voice recognition system.

The second type is general artificial intelligence, also known as strong AI, which is able to learn from its interactions with the environment and make independent decisions.

How To Implement AI Into An App

For starters, implementing AI into an app comes with its list of challenges, such as the following:

Yes, despite that daunting list of AI implementation challenges and obstacles, there are solutions.

Small businesses can begin with focusing on elements of their service that are time-consuming or expensive for humans to perform and then look at automating them. Social media management tools like Hootsuite automatically schedule posts across multiple platforms; security tools like Trend Micro protect computers against viruses through machine learning; news aggregators like Flipboard curate content for readers; and customer relationship management (CRM) tools like Salesforce automate sales tasks.

It is therefore key to identify your business goals and from there go about selecting the AI algorithms that can help you achieve them. That will necessarily require some time collecting data through web crawling or third-party APIs. This is because training and development of machine learning models depend on data sets. The more clean and relevant data you have, the better.

Now that you have your business goal in mind and a big data set collected from various sources, you can start building a model in a software development kit (SDK). While there are several AI SDKs available for app development purposes, Google’s TensorFlow is one of the most popular ones. iOS apps can also implement Apple’s Core ML and Google’s MobileNets.

Once you have your model developed with your SDK, the next step is to train it or make it ready for use. For training, you will need a large volume of labeled data sets that can be used to teach an AI program how humans interact with it.

Finally, once the app is completely developed, test its performance by running different types of algorithms against the data sets. This will help you understand which parts of the algorithm performed well and which ones didn’t so they can be improved.

What Apps Can Benefit the Most from AI

What makes an app a good candidate for using AI? There are four primary criteria. Apps that:

News and social networking apps are examples of requiring constant attention and monitoring real-time information for users who need regular updates. These kinds of apps can use AI to determine whether the information they show is relevant to the user. If it’s not, then they can display different things or even switch off completely until a later time when the user might need them again.

Smart home appliances are another group of apps that can benefit tremendously from AI. If their AI-enabled apps are integrated with other AI appliances in the home, then they can provide better services. Security systems can be programmed to send an alert if strangers enter the house; lights and air conditioning units can automatically turn on or off depending on whether people are present, or fridges can send an alert when they need to be restocked with food or drink.

Apps that use voice recognition technology are also good candidates for using AI. The most notable examples in the past year include Microsoft’s Cortana, Google Assistant, and Amazon Alexa—all of which offer different functions but involve speech recognition in some form. More recently, Apple released Siri as part of iOS 10, which provides similar functionality.

Virtual personal assistants like Siri and Cortana can intelligently separate relevant messages from junk mail and then prioritize communications that require a response. They can also use AI to learn individual users’ preferences and automatically complete tasks like booking flights, finding restaurants, setting reminders, updating calendars, and even controlling smart home appliances.

Some of the best apps using AI are news apps like Flipboard and Feedly, which curate information for their users, automatically presenting them with content that is relevant to them based on what they like.

By gathering data from past interactions with the user, combined with external factors such as location and time of day, these kinds of apps can tailor their recommendations to the individual. In the future, it’s believed that these kinds of AI-powered news apps will become so smart that they’ll learn from a person’s behavior and automatically switch on when they walk into a coffee shop or bar, or even a political rally or demonstration.

Other types of apps that can benefit from AI include fitness trackers, which use the technology to determine a person’s activity level and how many calories they’ve burned; medical apps that monitor patients’ health and send alerts to doctors when there are significant changes; and even video games, which can make their AI opponents more unpredictable.

Chatbots use natural language processing to understand user commands and complete specific tasks, while personal assistants like Siri use speech recognition algorithms to transcribe what you say. In both cases, they significantly reduce the number of steps it takes for users to interact with an app or platform on their own without involving humans. With chatbot tools such as Microsoft’s Bot Framework, Dialogflow from Google, Facebook’s Wit.ai bot platform, and Amazon Lex, it’s now easier than ever before to develop chatbots that can interact with users and complete tasks for them.

Finally, apps that use facial recognition and other forms of biometric data can specifically benefit from AI. With photos and videos becoming the primary form of communication on social networks, it’s becoming more and more important for apps to be able to automatically identify faces. Recent advances in AI technology mean that facial recognition is now more precise and accurate than it’s ever been, allowing apps to match image data with specific people almost all of the time.

Some of the best apps that use facial recognition technology are Facebook, which organizes photos by scanning faces, and the Chinese app Face++, which can be used to unlock phones or pay for products with a selfie.

As the capabilities of AI continue to grow at an exponential rate, it’s likely that soon most areas of human life will be impacted in some way

Industries that Benefit From AI Apps

The retail industry, for example, is already using AI apps to track shopping patterns and target customers with offers that are personalized to them. By analyzing users’ online behavior—what they click on, how long they spend on specific pages, etc.—retailers can determine their level of interest in certain products or collections, then send them targeted ads on social media or other platforms.

These kinds of AI apps are also being used in the marketing industry, where they can scour competitors’ websites and analyze their prices to help companies quickly determine their strategies. They’re especially useful for mid-sized businesses that don’t have a whole department dedicated to data analytics.

Financial institutions like banks and insurance companies are also benefiting from AI apps, largely due to the high number of repetitive tasks involved in their daily operations. Instead of having tellers and managers spend hours verifying and processing customer requests manually, they can simply use chatbots that do all the legwork for them.

These are just some examples of how AI is becoming an integral part of businesses, large and small. From marketing companies to e-commerce giants, every industry you can think of is using AI in some form or another to increase efficiency, productivity, and profit.

The technology industry has come a long way in the last decade, with AI apps becoming more and more powerful with every update. As the capabilities of AI continue to grow at an exponential rate, it’s likely that soon most areas of human life will be impacted in some way by artificial intelligence.

But while this subject is often discussed in terms of science fiction, there is still plenty of time to implement AI in ways that work for you.