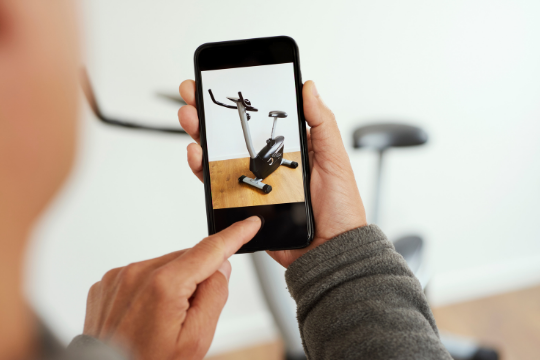 Craigslist has been the go-to marketplace app for millions of people for many years now. However, many people have questioned the future of Craigslist in recent times because of some apparent challenges that it is facing. Despite this, most people still prefer to use Craigslist over other similar apps like OfferUp, LetGo or even eBay. This raises the question: how much would it cost to develop an app like craigslist?

App development has become one of the most lucrative businesses today.  People are looking for all sorts of apps that can make their lives easier and more fun. Since online marketplace business is on the rise, it comes as no surprise that there has been a sudden increase in demand for marketplace apps like Craigslist. If you want to create an app like Craigslist, read on to learn about the estimate of the total cost involved.

The Cost of Building an App Like Craigslist: Expenses Incurred

There are numerous factors that determine the cost of creating an app like Craigslist. Some apps may be cheap to build, but you will have to include other in-app purchases into your budget if you want them to work completely. That said, there are some general expenses that you should expect to incur if you decided to build your own Craigslist app:

Take an Inventory of the Features That Are Available on Craigslist.

Take a Look at the Technical Specification of Craigslist

Estimate How Many People Are Going To Be Using It.

This also means that the cost will differ depending on if you want to create a mobile-based app or just use a web platform. With a web-based platform, the cost of developing an app like Craigslist will be much lower. However, you might end up getting less downloads this way.

Get the App Developed

Finally, there is the cost of hiring people to develop your marketplace app. It is possible that you could develop an app like craigslist yourself or with the help of friends or family members, but it is probably better to hire a professional app development company to do the job. This will not only speed up the development process, but also make sure that your app is delivered on time and as expected.

Mobile-based apps have become increasingly popular in recent times.  That said, most marketers agree that mobile web apps are still far more profitable than mobile apps. This is because people are still hesitant to download and pay for such apps unless they are absolutely sure that they will be worth the money.  As a result, if you want to make your app like Craigslist stand out from the rest, then it might be better to create only a mobile web-based app.

In short, the cost to develop a marketplace app like Craigslist depends on several factors.  It will be better if you do the necessary research first so that you can determine which features must be included in your app and whether or not it is better to create a mobile web-based app instead of a mobile-based one. You also need to determine how many people are going to be using the app.  If there are going to be a lot of users, then you can expect the app to cost a pretty penny.