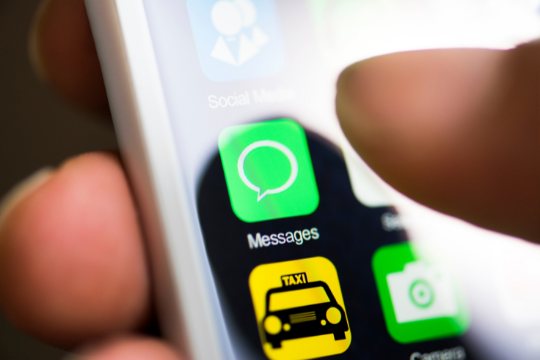 People of all ages are beginning to use messaging apps for their social lives and as a result, these apps are now replacing email as the main way we communicate with friends and family. However, the majority of users are not aware that messaging apps often store a lot of their private data in the cloud, which can be accessed by third-parties.

Privacy concerns are at an all-time high with so many of our private moments being broadcast by the apps we choose to use. As a result, users have begun looking for ways to have more control over their privacy and there is now a much wider choice in terms of private messaging apps.

Why It’s Important For Messaging Apps To Be Private

Messaging apps that aren’t private run the risk of a number of security concerns, such as the following.

Location Tracking: Most messaging apps store a record of your location when you send or receive certain messages, such as when arranging a meeting with a friend.

Another one of the biggest issues with messaging apps is that they are so centralized. Normally, if you want to have a conversation with someone on WhatsApp or Facebook Messenger, then both parties need to be using that service, which means one person has to always give up control over their information. One way around this is to have a separate chat app on each device, but this can become extremely complicated and confusing for many users.

The problem with centralization is that if any of the service providers are hacked, then all your information stored in the cloud becomes vulnerable to cybercriminals. This could include your login credentials, credit card details, photos and videos stored on third-party servers, as well as private messages sent through the service.

The best apps for private messaging are able to address some of the above mentioned problems by storing your data on your own device rather than in the cloud. As a result, if one of these companies are hacked, then no personal information is stolen because it’s not stored anywhere but on your phone or tablet.

The following are some more ways that private messaging apps can address security concerns.

Encryption: Utilizing end-to-end encryption means chat messages are scrambled as they pass from one device to another, keeping the communication between users secure.

Ownership Of Data: The messaging app has no access to your personal data, including your photos and videos, which are stored safely on your device.

Blacklisting: Users can block other users from having any contact with them. This is useful for blocking harassing messages or people sharing explicit content.

Multimedia Data: The app does not store a record of multimedia data sent through the message service, so there’s no trace of you ever sending it.

Secure private messaging apps often provide the same services and features as their non-private counterparts, but with added security. The following messaging apps give users more control over their privacy:

Telegram is a very popular free messaging app that offers end-to-end encrypted messaging. It allows for group chats of up to 200,000 people and has a secret chat feature that uses end-to-end encryption. The app also offers file sharing for up to 2GB and self-destructing messages, which allows you to set a time limit on how long the message stays visible in the chats.

iMessage is pre-installed with iPhones and iPads and allows for private conversations by using end-to-end encryption. The app offers secure passwords, message previews that randomize text and attachments out of your view until you click on them and has a spoofing feature to stop people from taking screenshots without the sender’s knowledge.

Viber is another popular messaging tool available for free that allows users to share text, photos and videos with friends and family. The app doesn’t include end-to-end encryption like Telegram, but it does have an option for a secure passcode or fingerprint verification to access the conversations.

Although not specifically known as a messaging app, Snapchat has recently been used for sending private messages and multimedia content. The app doesn’t use end-to-end encryption, but does have a feature for photos that makes them disappear after being viewed by the recipient.

WhatsApp is one of the biggest chat apps in the world with over 1 billion monthly users. WhatsApp uses end-to-end encryption, stores messages on servers for 30 days and allows you to block other users so they can’t contact you.

While private messaging apps offer security features that traditional chat apps don’t have, they are typically designed to be used the same way – by quickly sharing photos, videos and text with friends. The key difference is that users now have more control over their privacy by choosing who they talk with and what data is stored about them.

While this piece discussed the best ways private messaging apps can address security concerns, there are still some challenges that these apps face when trying to keep your information safe. If you’re concerned about secure messaging, then it’s important to read about the app and understand how everything works before you download it.