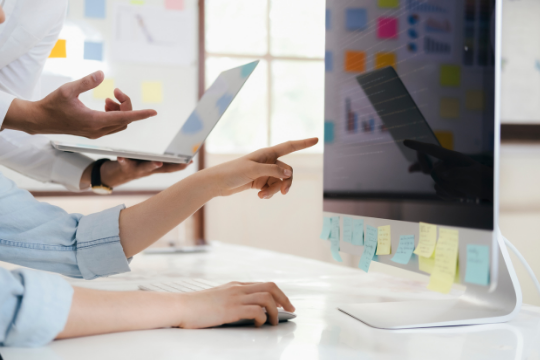 To test software and apps, it is very helpful if you have the right tools at your disposal. If you are on a budget, some free tools can help you identify bugs before your clients do. These types of tools are great for testing small projects, but if you are looking to test commercial software or an app on a larger scale, it will be necessary to purchase the right tools.

We have created this list of the best testing tools to help you find what is right for your project. There are both open source options and commercial tools, so you can find the perfect fit for your needs.

There are various software testing methods to begin with. These include functional testing, regression testing, load testing, performance testing, and usability testing.

Functional testing focuses on making sure that the code is written correctly and that it does what is intended to do.

Regression testing makes sure that previous bugs have been corrected and no new ones were added during updates.

Load testing involves checking whether a program crashes or slows down when multiple users are using it simultaneously or when there is heavy traffic.

Performance testing looks at how well a program functions when it is being used under certain conditions, such as low bandwidth or high CPU usage.

Usability testing determines how easy a program is to use and whether all the desired functionality is available.

Some free tools can help you test software and apps. Below, we have listed some of these tools.

Selenium is a suite of tools for automating web application testing. It supports multiple browsers and operating systems.

This software is used for automating the testing of mobile apps. It supports both Android and iOS apps.

This tool is used for automating the testing of Android apps.

Frank is a tool that can be used for functional testing of websites. It supports multiple browsers and operating systems.

This tool is used for automating the testing of web applications. It supports multiple browsers.

This module can be used for automated testing of Drupal websites.

The Process of Testing Software and Apps

The process of testing software and apps can be divided into four steps: planning, designing, executing, and reporting.

In the planning stage, you will need to come up with a plan for how you will test the software or app. This plan should include the types of tests that will be run, the tools that will be used, and the personnel who will be involved.

In the designing stage, you will need to create test cases and scenarios. Test cases are a set of steps that are used to test a particular function or feature of a program. A scenario is a set of tests that are run together to test the functionality of a program as a whole.

In the executing stage, you will run the tests. This involves running the test cases and scenarios that were created in the designing stage.

In the reporting stage, you will need to compile the results of the tests and present them in a report. This report should include information on how well the software or app performed, where the bugs were found, and what needs to be done to correct them.

The process of testing software and apps can be time-consuming, but it is essential for ensuring that the software or app is ready for release. By using the right tools and following a well-planned process, you can minimize the number of bugs and errors that are found after release.

By catching errors during the testing phase, you’ll be able to implement corrective measures before release. It will also help improve customer satisfaction since there will be fewer issues with the software or app once it is released.

The benefits of catching errors during the testing phase are as follows:

3. It preserves reputation. If a product has lots of bugs, it will damage the company’s reputation and customer confidence.

Here are a few tips for testing software and apps:

1. Plan your testing process ahead of time by creating a test plan and writing test cases and scenarios.

2. Use the right tools for the job. This will help you catch more bugs and errors.

3. Run tests on a variety of devices and browsers. This will help you uncover compatibility issues.

4. Take advantage of automated testing tools. These tools can save time and money.

5. Track and document the results of your tests. This will help you identify and fix bugs more quickly.

In the future, artificial intelligence (AI) might be used to help automate the testing process. AI can perform tests faster and more effectively than humans by using a wide range of test cases that were developed by developers and testers before release. AI will still need to be monitored by humans, as it won’t be able to identify everything that is wrong with a program. Even so, AI can be an effective way of catching bugs and errors before release.