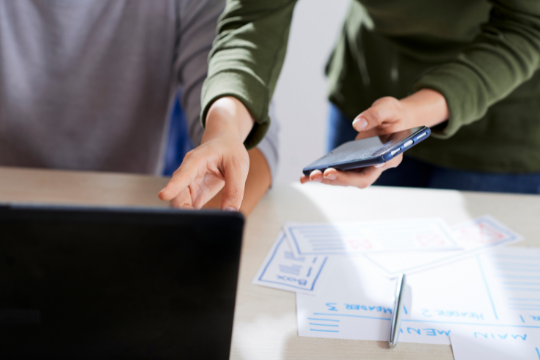 Differences of App Testing for Android and iOS

For iOS, Appium provides a framework for automation as well as a range of tools such as drivers and plug-ins. You can use Appium to automate functional UI tests or regression tests on real devices or simulators. For Android, there is the Espresso test framework created by Google. It uses the UI Automator tool to interact with user interface elements of an Android device application under test.

While both offer APIs to support mobile automation, Appium is open source while Espresso is part of the Android Open Source Project (AOSP). This means that Appium is more likely to be supported by the developer community than Espresso. For both iOS and Android, you can use the UI Automator Viewer to preview how your app will look when being tested with test scripts.

iOS has support for custom actions where you can use JavaScript code to interact with native objects in an app using UI automation. On the other hand, Android only provides built-in methods for interacting with user interface elements.

Artificial intelligence (AI) is expected to play a major role in mobile automation. AI can help with collecting and analyzing data during the testing process. It can also help automate mundane tasks without any human intervention. Some types of tests are currently being automated with AI, including performance test optimization, text- or keystroke-driven UIs where users input information into an app, games, animations, etc., optical character recognition (OCR), vision/facial recognition tests, object detection tests, among others.

There are many benefits to automating your mobile app testing. These benefits can be different for both iOS and Android.

With automated iOS app testing, you can get detailed reports on your test progress so that you won’t have to manually check logs or screenshots. You are also able to learn which tests are still failing and why they are failing at a faster pace thanks to the detailed reports. Automatic comparison of screenshots during regression testing can also help improve your QA process by providing information about UI changes in new versions of an app without human intervention. The Xcode Instruments feature helps collect data about memory usage in iOS apps.

Automating tests on a real device allows you to examine your app across various devices and OS versions without much effort. This saves you from having to purchase many different devices yourself. Being able to do this frees up development time so that you can create more robust tests, add new features or add localization support. You will also have greater assurance when it comes to making updates or changes because automated testing minimizes the risk of introducing new bugs into your app after an update is made.

Automated app testing offers several benefits, including speedier development cycles, more accurate results, and less need for human intervention. Knowing what to look for before you choose a framework or tool is important so that you can be sure that the solution you select will meet your specific needs. In the near future, AI is expected to play an even more important role in mobile app automation.