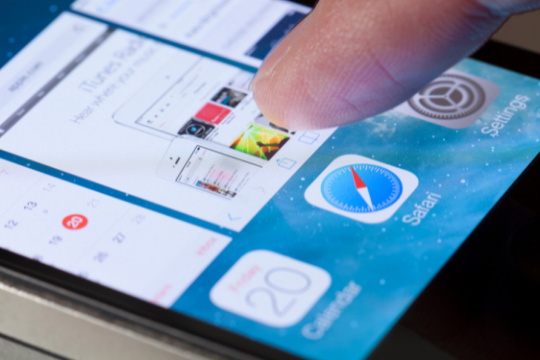 So, you have a shiny new high-quality app and it’s time to launch. But among the two most popular mobile operating systems for smartphones – Android or iOS – which one should you choose? What are the differences between them? How hard is it to develop on each of these platforms?

In this article we’ll explain what makes both ecosystems so different, analyze their strengths and weaknesses, list some of the pros and cons of developing for each one of them, and give you a clear answer to your question.

Apple has never publicly disclosed sales figures for the iPhone but it’s estimated that nearly 14 million were sold in the first three months of 2012. According to IDC, iPhones captured 19.5% of the market share in Q3 2012 , followed closely by Android with 18.8%. What these numbers tell us is that if you want your app to be seen by a large number of people worldwide, iOS is the best place to start.

Why? Because Apple has a great marketing team, leading technology and mind-blowing design skills. All their devices are beautifully crafted with cutting edge technology, which makes people want them even more. The result is that Apple users tend to be among the first adopters of new technologies: they’re always looking forward to new things, and they spend a lot of money on apps & in-app purchases. In simple words: if you launch your app on iOS first, it’s more likely to make some good money from the beginning even with a limited user base.

When people talk about Android, the conversation usually revolves around its market share vs. Apple. Android has the largest market share worldwide but not in the US , where Apple’s iOS has a higher percentage of users.

Android’s biggest strength is its openness, which makes it really easy to develop on and distribute your apps within. But this comes with some limitations: because Google doesn’t control what goes inside their marketplace the apps are far less polished & bug-free than on iOS.

Another important point is that Google doesn’t have the same marketing force as Apple, which means that even if your app is featured in their store, it’s less likely to be seen by the masses.

One thing you should always keep in mind when developing an app for either platform is whether you’re targeting apps or games. While there are certainly some exceptions, in general people who spend time playing games on their smartphone don’t have the same attention span for other types of apps.

Games usually get more downloads because people like to kill time by playing while they’re commuting or waiting in line at the supermarket.

Our advice is to always check the type of apps/games currently being developed by the top studios in each store before making a final decision. You can use this data to decide whether or not it’s worth investing more time & resources into one platform over the other.

Now that we’ve covered the basics let’s talk about some of the pros and cons of each operating system in detail.