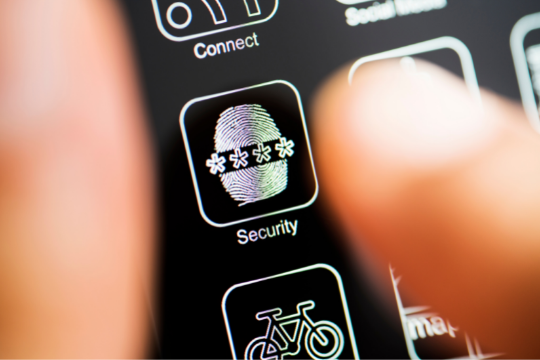 One of the awesome things about the mobile market is its rapid growth and introduction of new technologies. However, with this expansion comes many security issues that should be addressed and improved upon by application developers. With that in mind, let’s take a look at some app development best practices to ensure that your app stays safe from possible hackers!

1. Secure Your App With Encryption

Encryption prevents a third party from accessing and using the information that is stored on a device. The stolen data will be encrypted before it can be used by a hacker, meaning that he has to decrypt the data in order to gain any useful information. Your application should account for this encryption measure at all times; even after the application is closed.

The best way to account for encryption measures is with your own API. If you have a large data file that needs to be encrypted before it can be used, then use your own API to encrypt and decrypt the file whenever the user enters or exits an app area/screen.

2. Do Not Allow Your App To Access the Internet Without a VPN

Many mobile applications collect data, but they do not have any security measures in place to protect that data. Hackers are always looking for unsecured channels or unprotected networks, because once they breach them, they can gain access and control of your application. This is why it’s important that you secure your data before it leaves the device!

3. Do Not Store Any Passwords, IDs, or Encryption Keys in a Config File

If you’re like most app developers, then you’re probably using some coding framework to create your app. In order to quickly and efficiently code new features for your app with these frameworks, you will need to keep track of a lot of different types of information.

One example of this information is encryption keys, which are used to encrypt the data files on your app’s device. You should never store these keys in a config file that can be accessed by other developers or engineers without undergoing a serious security check first!

4. Transmit All Sensitive Data via SSL

As explained in #2, your app should not access any unsecured networks or channels to transmit its data. Hackers can easily access unprotected network traffic, and you do not want them to be able to steal the sensitive information that they’ll find there! If you need to transmit sensitive information over an insecure channel, then secure it with SSL before you send it.

5. Never Use Code That Someone Else Has Created for Your App

This is a big one. Every year, there are thousands of applications added to the global marketplaces by independent developers and engineers who want to make some extra money on the side. Most of these individuals are not trained on how to code mobile applications, so they often post their applications with security flaws or they download insecure code that has already been written by someone else.

If you do not thoroughly check every line of code before it’s installed onto your app, then you’re leaving your application vulnerable to a large number of possible attacks and breaches. Never download code from an untrusted source, and always make sure that you are using secure coding practices for all of your mobile devices.

6. Verify the Identity of Any Person With Admin Privileges

As the creator or manager of a popular app, you may be interested in recruiting new developers to help out with some aspects of your application’s coding. Some hackers are very good at pretending to be developers or engineers, and they will often find their way onto your team with the intention of stealing data or gaining control of sensitive functionality in your application.

Make sure that all new hires pass a thorough background check before giving them access to your app’s source code!

In order to gain control of a device, hackers will try many different methods in order to guess the user’s password. One popular method is called “bruteforcing”, which involves trying every possible combination of letters and numbers until the hacker finds the right one. To protect against bruteforcing, you should never use temporary passwords. Instead of using a code that a hacker will eventually crack, use two-step authentication to ensure that your app’s data is secure.

8. Check the Permissions for Any New Software Before Downloading It

As an app owner or manager, you’ll receive thousands of emails everyday from different companies and engineers that want your business. One popular way for these companies to get your attention is by sending you a notification whenever new software is uploaded to the Google Play store or Apple App Store. If you see an email like this, then make sure that you check the permission settings for any new applications before downloading and installing them!

In addition to your encryption keys, you should also use SSL to encrypt all of the private files and data that are stored on the devices where your app is being used. When a user opens his or her app for any reason, they will start communicating with the application server. You can prevent hackers from intercepting this data by encrypting it with SSL.

10. Check the Code Before Sending It to App Stores

As mentioned in #5, you should never download code that someone else has created for your application. Not only do you not know what this code might contain, but you definitely don’t want to give a hacker access to a program that is being used by thousands of people every day.

Take the extra time to check every line of code before sending it to app stores. Remember, once the download button is pressed you won’t be able to change anything on your app!

If you’re working with a team of other developers, then you should seriously consider hosting all of your sensitive data in a private database dump. Public databases can be accessed by anyone with an internet connection, which means that any hacker can still gain access to your application’s data store if they’re determined enough. This represents a serious threat to the security of information stored on your app’s servers, and it should be avoided at all costs.

The downfall of many great applications is poor security procedures, so you should certainly take the time to make a comprehensive policy that outlines how users can collect sensitive information on their mobile devices. This policy should include such features as password requirements, error logs, and authorization protocols for any private data stored on your app’s servers.

Another great way to protect your application from hacker attacks is by storing all of its sensitive data in more than one location. There are many ways that hackers can gain control of a device, so you shouldn’t rely on any single server in order to keep your app’s information safe.

If you’re using Google Cloud Platform as your default data store, then be sure that you have a backup copy of all private files stored somewhere else!

14. Check the Code Before Letting It out the Door

Most software engineers will tell you that a vulnerability is lurking within every program, which means that your app isn’t completely secure until the day it’s released. If a hacker has already discovered one of these vulnerabilities before an app has been launched, then they’ll most likely exploit this weakness as soon as possible.

Before releasing any program to the general public, make sure that you check your code for vulnerabilities. You don’t want to let any hacker into your app’s servers because of an oversight on the part of your development team!

15. Use a VPN Whenever Possible

Using the same network to surf the web and download apps can put your personal identity at risk due to default settings in most ISPs. A VPN can be used to create a secure ‘tunnel’ between your device and the internet, which will completely hide your identity when sending data via online servers. Always use a VPN whenever possible to prevent hackers from finding out what you’re doing on the web!

Of course there are many more tips for securing your app’s servers, but these 15 best practices should be enough to keep you safe in most situations. Just remember that the digital world is constantly changing and adapting, so you’ll have to be vigilant if you want to protect your valuable software from cyber-thieves!