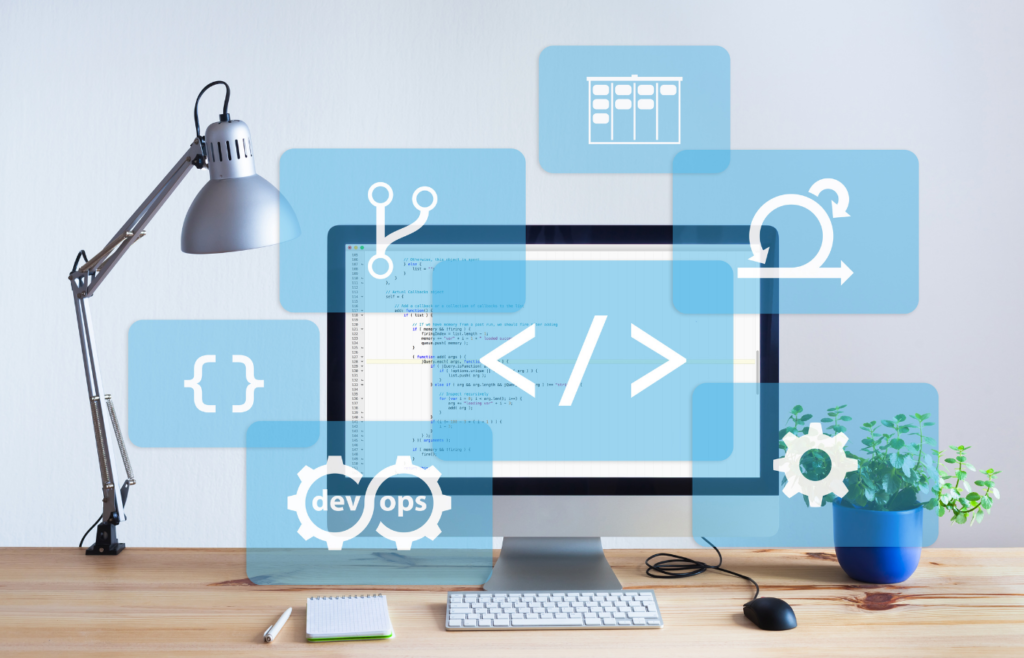 Although “silver bullet” methods to improve IT efficiency do not exist, DevOps produced findings that are hard to ignore. As its name indicates, DevOps practices combine software development and the principles of software operations to enable companies to develop their products more quickly and efficiently. For example, TIAA-CREF has seen significant improvements in its $40 billion business using DevOps principles.

Updates are released much faster and, as user expectations have begun to meet, “it regained the confidence that has eroded over the years.” The 2017 DevOps State report results indicate marked differences between DevOps principles-based high-performance organizations and non-DevOps organizations. The report says that high-performing organizations’ software usage frequencies are much higher (46 times more frequent), change lead time is much faster (440 times faster), and software change failure rate is significantly lower (five times less) than their lower-performing counterparts.

Despite these significant advantages, DevOps is a traditional example of a new, serious technological concept, which has all too often been misused or misunderstood. For many, the idea remains fluffy, and DevOps can even be elusive as a basic definition.

This vagueness could potentially affect groups and teams who are incorporating DevOps Principles, create strategic confusion, and hamper DevOps’ efficiency and effectiveness. “We are required to address some questions and determine the problem to be solved,” said an IBM DevOps engineer in an article published by IBM. As the design and maintenance of software gets closer and as businesses become increasingly dependent on cloud infrastructure, managers and project managers need to develop DevOps proficiency so that their teams can remain competitive and perform to their full potential.

DevOps software development should not be regarded as another vague motto, but as an important concept that could improve products and businesses dramatically. In this article, the objective is first and foremost to explain exactly what DevOps is to a relatively non-technical audience. Using particular examples, we will then discuss the principles, and why you and your organization should care about this concept. Amazon Web Services, the largest cloud player and therefore an important development expert for DevOps, uses the same definition: “DevOps combines cultural philosophy, practices, and tools that enhance the organization’s ability to provide applications and services at high speed: developing and improving products more rapidly than organization.

These different concepts are useful for an already well-seasoned audience in connected areas but may be too conceptual for managers with less technical backgrounds. Indeed, perhaps some confusion regarding this concept comes from the fact that it is often mentioned as a type of engineer, practice, and culture at the same time. While DevOps covers each of the elements, it is useful to start by looking at them individually.

DevOps people are essentially those that found interest in the management and development of systems and have chosen to combine their skills to create a better and more unified system.

They can maintain and actively iterate and improve the servers, networks, and other types of infrastructure systems of a company through software development. As Chikilian has said, A DevOps individual is someone that can build on software development foundations to help them, and businesses build better infrastructure handling tools.” Amazon puts it that the ‘combination of cultural philosophies’ refers to the mixture of strategies used by computer programmers with expertise in infrastructure or software operations. In breaking down the traditional barrier between these practices, DevOps is seeking to empower organizations to draw on the distinctive strengths, developers, and experts in infrastructure.

In the 2016 Nordic API Platform Summit, Emily Dowdle mentions that the removal of obstacles also contributes to alleviating the natural frozen relations between developers and experts and promoting a more comfortable work environment in collaboration.

With a knowledge of what DevOps and culture look like, it becomes more apparent what this technological concept means in practice. DevOps is simply said to translate complex manual processes with error-prone interactions into a measurable, easily scalable, instrumental approach. When a developer wants to create an atmosphere that allows enterprise customers to provide feedback, for example, he or she can launch an automated process where the DevOps team can issue a command (rather than handing off a piece of code to the infrastructure team) which accomplishes the task in question consistently, and quickly achieves the expected results, while facilitating collaboration.

In addition to the cultural shift mentioned above – from an enterprise that promotes software developers and infrastructure experts to a company that collaborates – companies need to understand several specific practices and instruments that are crucial for DevOps. Below are three of these most important practices (but certainly not the only ones):

DevOps plays a central role in increased efficiency by automating a range of slow, burdensome processes in software development and maintenance of infrastructure. The practice of sending relatively small but frequent software updates is a specific example Amazon cites. The system administrators who might otherwise have to perform these updates manually are responsible for this practice. As Amazon notes, this practice also benefits from the de-risk deployment of software by enabling managers to easily capture and fix bugs.

DevOps deployment methodology deals with the close co-operation of engineers and entire teams at a fundamental level. The practice of engineering sharing and fusion of code in a central location is referred to in continuous integration. “In the past, a team of developers could work alone for long periods and try to merge only after they’ve finished their work,” explains Amazon. Continuous integration enables engineers to work more effectively to avoid the bottlenecks associated with the development and integration of their code.

Continuous delivery referring to the practice that changes in a software product are automatically delivered and implemented as they are made. Continuous delivery is enabled with continuous integration, as code changes can be pushed to the whole system effectively only if the code is already central. Continuous delivery also depends on automation. An example of continuous delivery can the sending of small frequent systems updates. Continued delivery enables organizations to quickly implement changes and improvements, allowing engineers to focus their time more efficiently.

The use of DevOps practices has a range of advantages that have already been articulated, including higher efficiency, security, and organizational cooperation. This increase in efficiency is quantified in the 2017 DevOps report which reports that highly effective DevOps-based organizations spend 21% less on unplanned work or rework, and 44% more on new work.

However, in general, implementing DevOps practices successfully can have a profound impact on your business by improving efficiencies and execution in areas that are crucial and decisively unglamorous.

Sunvera can build your intelligent mobile or web software solution using DevOps. Contact us today to get a free consultation.